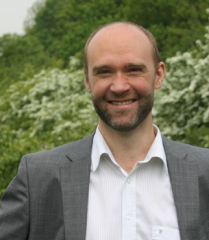 I will present recent progress in the development of semiconductor comb laser based Silicon Photonics WDM transceivers, with particular emphasis on the optical power budget at 25 Gbps serial data rates as well as chip and module level integration efforts.

About Jeremy Witzens
Prior to joining RWTH Aachen University as a Professor in 2011, Jeremy Witzens was a Principal Research Scientist at the University of Washington (2009-2010) and a Sr. Staff Engineer at Luxtera Inc. (2006-2009). He received his Ph.D. in Electrical Engineering from the California Institute of Technology in 2005 and his Engineering Diploma from the Ecole Polytechnique (France) in 2000.