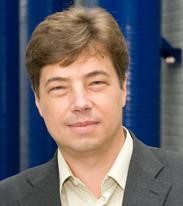 Strong light-matter intercations can be realised in plasmonic nanostructures openning up opportunities to control electromagnetic signals on subwavelength scales. In this talk we will discuss various plasmonic and metamaterial-based approaches for achieving active nanophotonic functionalities. All-optical and electro-optical effects as well polarisation and dispersion management with plamsonic nanostructures and their sensing applications will be overviewed.

About Anatoly Zayats
Professor Anatoly V. Zayats is the head of the Experimental Biophysics and Nanotechnology Group at the Department of Physics, King’s College London, where he also leads the Nano-optics and Near-field Spectroscopy Laboratory (www.nano-optics.org.uk). His current research interests are in the areas of nanophotonics, plasmonics, metamaterials and nonlinear optics and spectroscopy. He is a Fellow of the Institute of Physics, the Optical Society of America, SPIE and the Royal Society of Chemistry.

King’s has a distinguished reputation in: