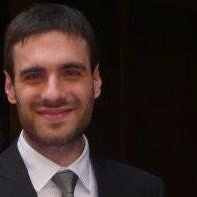 Silicon Photonics: from present status to future developments – Presented by Piero Orlandi, STMicroelectronics at the 19th edition European Conference on Integrated Optics, which takes place on 3 – 5 April 2017 at Eindhoven University of Technology, Blauwe Zaal in Eindhoven, The Netherlands.

The motivations and the achievements of STMicroelectronics silicon photonics industrial technology for large volume production will be presented. Focus will be put on process repeatability, key developed components and main present and future applications.

About STMicroelectronics
STMicroelectronics is a global semiconductor company that designs, develops, manufactures, and markets integrated circuits and discrete devices. Its products are used in a broad range of applications including: automotive, telecommunications, consumer electronics, and sensing.