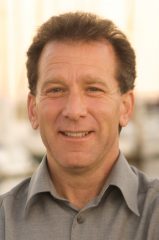 About Daniel J Blumenthal
Daniel Blumenthal is Professor of ECE at UCSB, Director of the Terabit Optical Ethernet Center and heads the Optical Communications and Photonics Networks lab. He co-Founded Packet Photonics and Calient Networks, holds 18 patents and has over 400 publications in optical communications, gyro sensors, photonic integration and nano-photonic devices. Dr. Blumenthal is Fellow of the IEEE and OSA and is recipient of DOD PECASE and NSF and ONR Young Investigator awards.

About University of California at Santa Barbara (UCSB)
UCSB is a public research university and one of the 10 campuses of the UC system. UCSB was ranked 37th among “National Universities”, 8th among U.S. public universities and 24th among Best Global Universities by U.S. News & World Report ‘s 2016 rankings. The university was also ranked 48th worldwide for 2016-17 by the Times Higher Education World University Rankings and 42nd worldwide by the Academic Ranking of World Universities in 2016.UC Santa Barbara is a “very high activity” research university with twelve national research centers, including the renowned Kavli Institute for Theoretical Physics. Current UCSB faculty includes six Nobel Prize laureates, one Fields Medalist, 39 members of the National Academy of Sciences, 27 members of the National Academy of Engineering, and 34 members of the American Academy of Arts and Sciences.