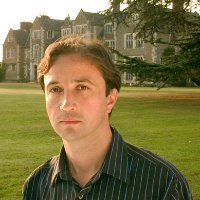 Mid-infrared integrated photonics in silicon and germanium – Presented by Goran Mashanovich, Optoelectronics Research Centre, University of Southampton at the 19th edition European Conference on Integrated Optics, which takes place on 3 – 5 April 2017 at Eindhoven University of Technology, Blauwe Zaal in Eindhoven, The Netherlands.

Due to their good photonic and electronic properties, silicon and germanium have been intensively researched for the last several years for applications in the near-infrared wavelength range, mainly for tele- and datacommunications. As they are both transparent in the mid-infrared, there has been a recent interest in investigating integrated photonic circuits for a host of potential applications in this wide wavelength range, particularly for sensing. In this talk, mid-IR group IV material platforms and realization of several photonic devices will be discussed.

About Optoelectronics Research Centre, University of Southampton
The University of Southampton Silicon Photonics Group is based in the Optoelectronics Research Centre (orc.soton.ac.uk) and comprises 4 members of academic staff and 40 researchers. The group was founded in 1989 and since then has been working on the investigation of silicon photonic circuits for communications and sensing.