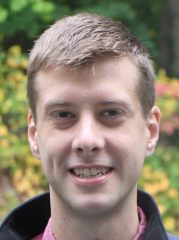 Integrated photonic systems on Silicon – Presented by Jason Orcutt, IBM Research at the 19th edition European Conference on Integrated Optics, which takes place on 3 – 5 April 2017 at Eindhoven University of Technology, Blauwe Zaal in Eindhoven, The Netherlands.

About Jason Orcutt
Jason S. Orcutt received a B.S. from Columbia University in 2005 and M.S. and Ph.D. degrees from the Massachusetts Institute of Technology, in 2008 and 2012 respectively. Since 2013, he has been a research staff member in the Physical Sciences department of IBM’s T. J. Watson Research Center.