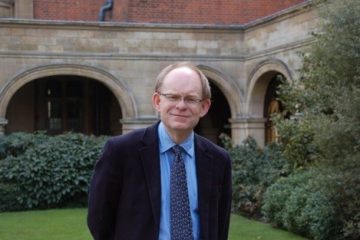 Richard Penty, Professor of Photonics, University of Cambridge, is member of the Steering Commitee of the European Conference on Integrated Optics – ECIO 2017.

Richard Penty has worked for many years on short reach photonic networks for in-building links.  This included working on the ethernet standards and is now concentrating on advanced modulation format approaches to realising 100Gb/s photonic links using a single optical source.  In parallel he has research on polymer waveguide links and sub-systems for on-board and board to board, including backplane, applications.  He has also been involved in research on InP based PICs for switching and routing applications.  His research on radio over fibre for in-building radio coverage has resulted in the spin out Zinwave.

About University of Cambridge

The University of Cambridge  is a collegiate public research university. Founded in 1209, Cambridge is the second-oldest university in the English-speaking world. Cambridge is formed from a variety of institutions which include 31 constituent colleges and over 100 academic departments organised into six schools. Cambridge is consistently ranked as one of the world’s best universities.