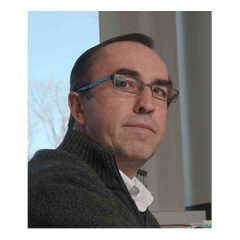 About Dr. Pavel Cheben
Dr. Pavel Cheben is a Principal Research Officer at the National Research Council (NRC) Canada. He is also an Adjunct Professor at Carleton University and McMaster University, Guest Professor at University of Zilina, and Honorary Professor at University of Malaga. He earned an MSc in Microelectronics from Slovak Technical University and a PhD in Physics from the Complutense University of Madrid. He was appointed as a Director of the College in Integrated Optics at the International Center for Theoretical Physics of the United Nations, UNESCO (2014). He was also a visiting researcher at the Centre national de la recherche scientifique (CNRS) and University Paris Sud (France). He was one of the lead scientists involved in starting-up Optenia Inc. and developed the first commercial echelle-grating wavelength multiplexer. Before joining the NRC, he was with the National Institute for Aerospace Technology of the Ministry of Defense, Spain, where he was responsible for the establishment of the Laboratory of Space Instrumentation. He has co-authored more than 350 journal and conference papers, has 30 patent applications and has given over 150 invited presentations. His achievements were featured in many press releases, including Nature, New York Times, Nature Science Update, Physics Today, Chemical and Engineering News, New Scientist, Ottawa Business Journal, Wirtschafts Woche e-Business and El Pais, to name a few.  His current research interest includes integrated optics, silicon photonics and subwavelength grating metamaterial structures in silicon waveguides. For outstanding work in the field of technical sciences, the Scientific Council of the Slovak Academy of Sciences awarded him the International Prize, the Council’s highest international honor. He is the recipient of the prize of Deputy Prime Minister and Minister of Foreign Affairs and the recipient of the NRC Industrial Achievement Award. He is the Fellow of the Optical Society (OSA) and of the European Optical Society.

The National Research Council (NRC) is the Government of Canada’s premier research and technology organization (RTO). Working with clients and partners, we provide innovation support, strategic research, and scientific and technical services.